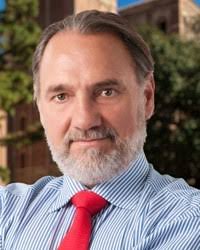 Carlos Alberto Torres is Professor of Social Sciences and Comparative Education at UCLA (2009-present), past Director of the UCLA Latin American center (1995-2005) and founder of the Paulo Freire Institute in São Paulo, Brazil (with Freire in 1991),

Buenos Aries, Argentina, and UCLA (since 2002). Prof. Torres is also President of the World Council of Comparative Education Societies (WCCES). He is the author of numerous articles and books, including Social Theory and Education (with Robert Allan Morrow; SUNY Press, 1995), Comparative Education: The Dialectics of the Global and the Local (with Robert Arnove; Rowan & Littlefield, 2013, and the editor of First Freire: Early Writings in Social Justice Education (Teachers College Press, 2014). He has written short stories and poetry and is also an accomplished gardener and woodworker. A complete list of his background, research and accomplishments can be found on his website, https://carlosatorres.com/

We spoke last summer about the origins of his interests in Freire and democratic education. In Part One of our conversation Torres tells stories about his background in Argentina and the influence not only of Freire but also of the Jesuit priest, teacher,  and liberation theologian Carlos Mugica (1930-1974), who was assassinated by the dictatorship. Mugica’s last words, “Now more than ever, we must be with the people,” resonate with the liberation movements of that time and now. 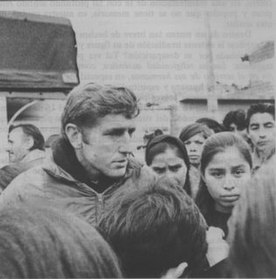 In Part 2 Torres talks about the origins and work of the UCLA Paulo Freire Institute in social justice education. He discusses his many influences (Gramsci, Marx, liberation theology, Alves, Dussell, Habermas, Bourdieu, Illich, Rawls, Dewey, Gadotti, to name a few), and the new theoretical directions of his graduate students in ecopedagogies and anarchist pedagogies.

From his discipline of the sociology of education, Torres exposes the dilemmas of global citizenship, and the role institutions of higher education play in perpetuating the status quo. In a meeting with Freire soon before his death, Freire gave Torres a second mantra: “We have to confront neoliberalism as the new demon of our times.” Torres shares with us ways to head this call to equity, empowerment, and freedom.